A little before Christmas the teams of all four country offices of Vedra International visited the Greek capital Athens for the traditional company team building for the end of 2017. Everyone gathered together in the Saint George Lycabbetus hotel, situated at one of the highest points in the city – the Lycabbetus hill, where you can enjoy the most beautiful view of the Acropolis and the Aegean Sea. Inspired and recharged, the teams took part in a two-day intensive seminar and trainings for the new products in the Vedra portfolio.

In a special tour of the city, everyone has a chance to visit the ancient sights of Athens and to try traditional Greek cuisine. They walked the romantic narrow alleys of the old neighborhood Plaka, among ripe orange trees and jasmine. The teams walked up to the Acropolis and the Parthenon, honoring the goddess Parthenos, the patron of the city.

The traditional end-of-the-year team party took place during the last night in the Greek capital under the fun theme “The Greek Gods Must Be Crazy” – a truly unforgettable experience. All Vedra employees were dressed in authentic Greek costumes with golden belts and impersonated different Greek deities from ancient mythology. Inspired by the atmosphere, the teams resented original interpretations of Greek songs, dances, poems and theater scenes, turning the company party in a “divine” Greek evening. 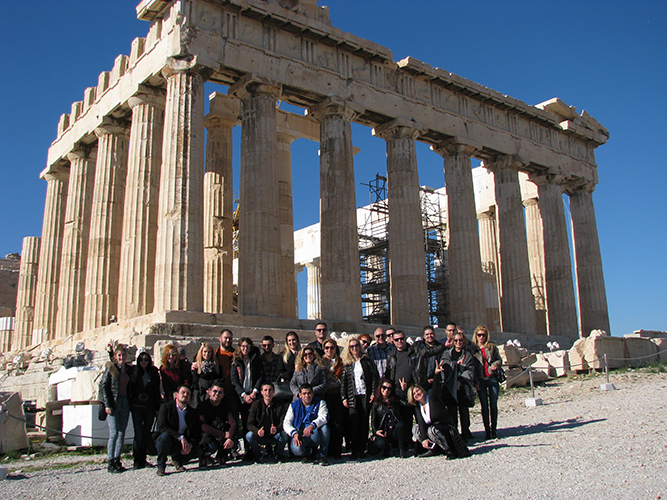 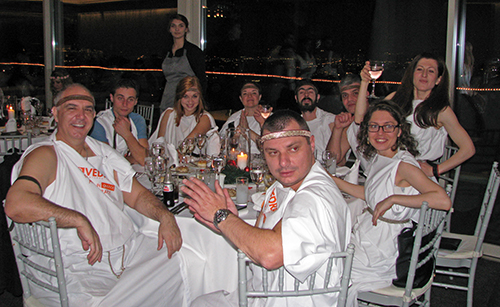